Ron Hope’s Rat Trap by LON One of the most notorious fuel altered dragsters from the late 60’s. Charcoal Color; S-3XL

One of the most notorious fuel altered dragsters from the late 60’s. What makes it such a legend of nitro? It’s the unique construction and design that was pioneered for its time, making it revolutionary, since no other Fuel Altered could match it.

The car was reconstructed in 1995-1997 with Ron Hope at the controls. For the build, Dennis Watson worked on the chassis layout. The body and paint matched the original car. Don Green provided his the valuable tuning expertise.

For over 40 years the Rap Trap has provided unmatched excitement to its fans and continues to race the circuit.

The left front chest of this t-shirt has the text “Ron Hope Rat Trap AA/FA”. The back of this tee has a full design of the Rap Trap with Ron Hope at the wheel. 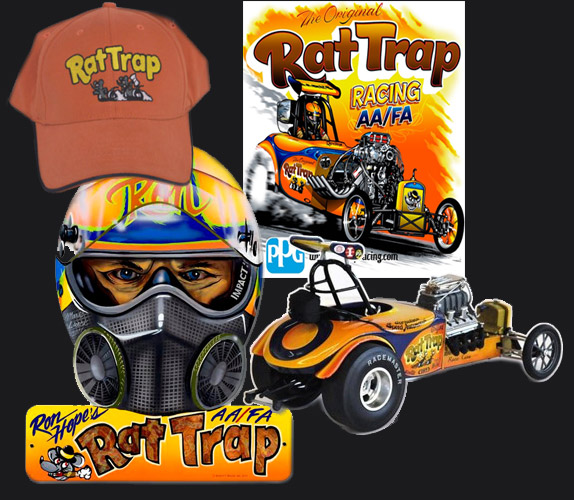